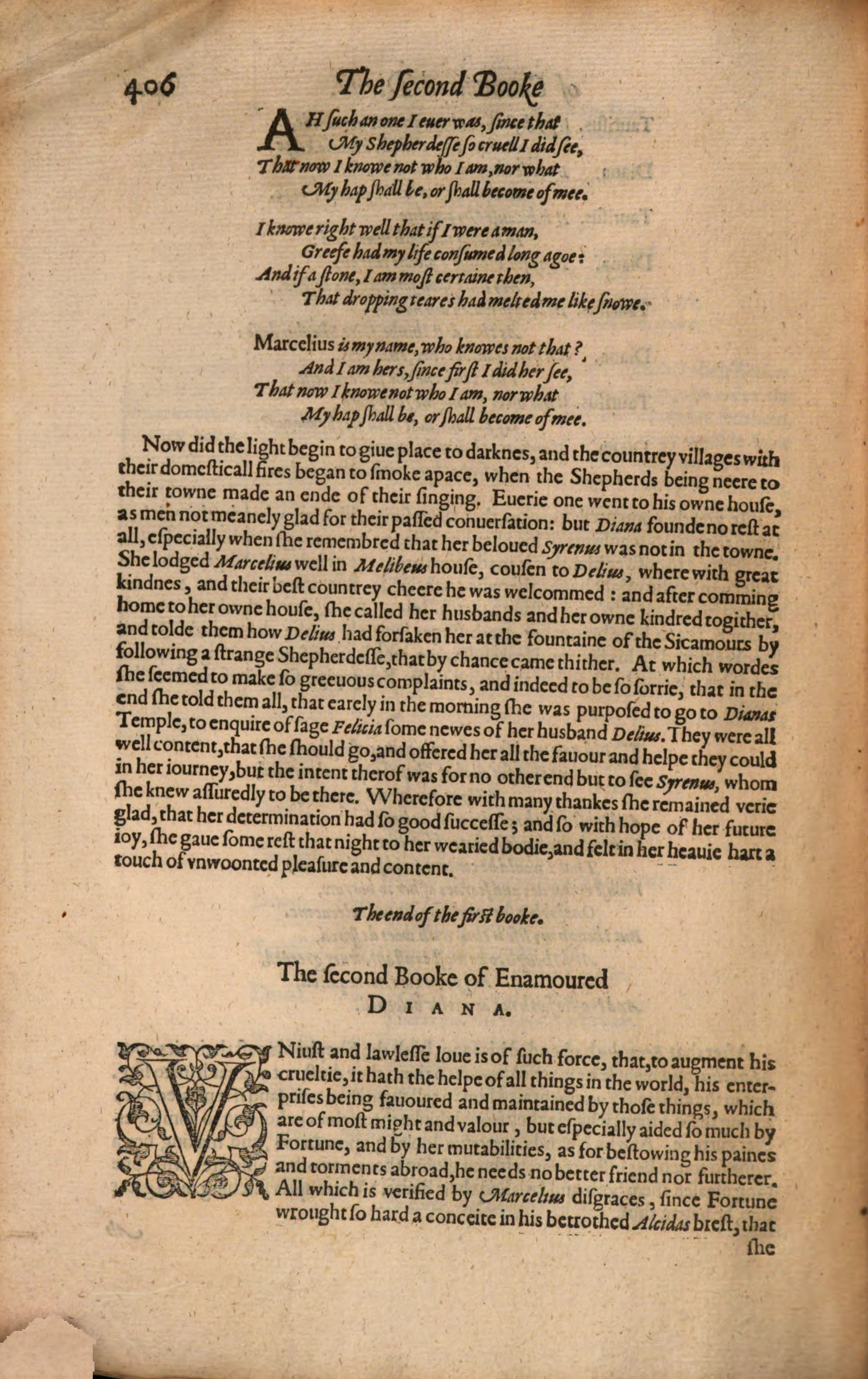 Now did the light begin to giue place to darknes, and the countrey villages with their domesticall fires began to smoke apace, when the Shepherds being neere to their towne made an ende of their singing. Euerie one went to his owne house, as men not meanely glad for their passed conuersation: but Diana founde no rest at all, especially when she remembred that her beloued Syrenus was not in the towne. She lodged Marcelius well in Mâ€¢libeus house, cousen to Delius, where with great kindnes, and their best countrey cheere he was welcommed: and after comming home to her owne house, she called her husbands and her owne kindred togither, and tolde them how Delius had forsaken her at the fountaine of the Sicamours by following a strange Shepherdesse, that by chance came thither. At which wordes she seemed to make so greeuous complaints, and indeed to be so sorrie, that in the end she told them all, that earely in the morning she was purposed to go to Dianas Temple, to enquire of sage Felicia some newes of her husband Delius. They were all well content, that she should go, and offered her all the fauour and helpe they could in her iourney, but the intent therof was for no other end but to see Syrenus, whom she knew assuredly to be there. Wherefore with many thankes she remained verie glad, that her determination had so good successe; and so with hope of her future ioy, she gaue some rest that night to her wearied bodie, and felt in her heauie hart a touch of vnwoonted pleasure and content.

The second Booke of Enamoured DIANA.

VNiust and lawlesse loue is of such force, that, to augment his crueltie, it hath the helpe of all things in the world, his enterâˆ£prises being fauoured and maintained by those things, which are of most might and valour, but especially aided so much by Fortune, and by her mutabilities, as for bestowing his paines and torments abroad, he needs no better friend nor furtherer. All which is verified by Marcelius disgraces, since Fortune wrought so hard a conceite in his betrothed Alcidas brest, that