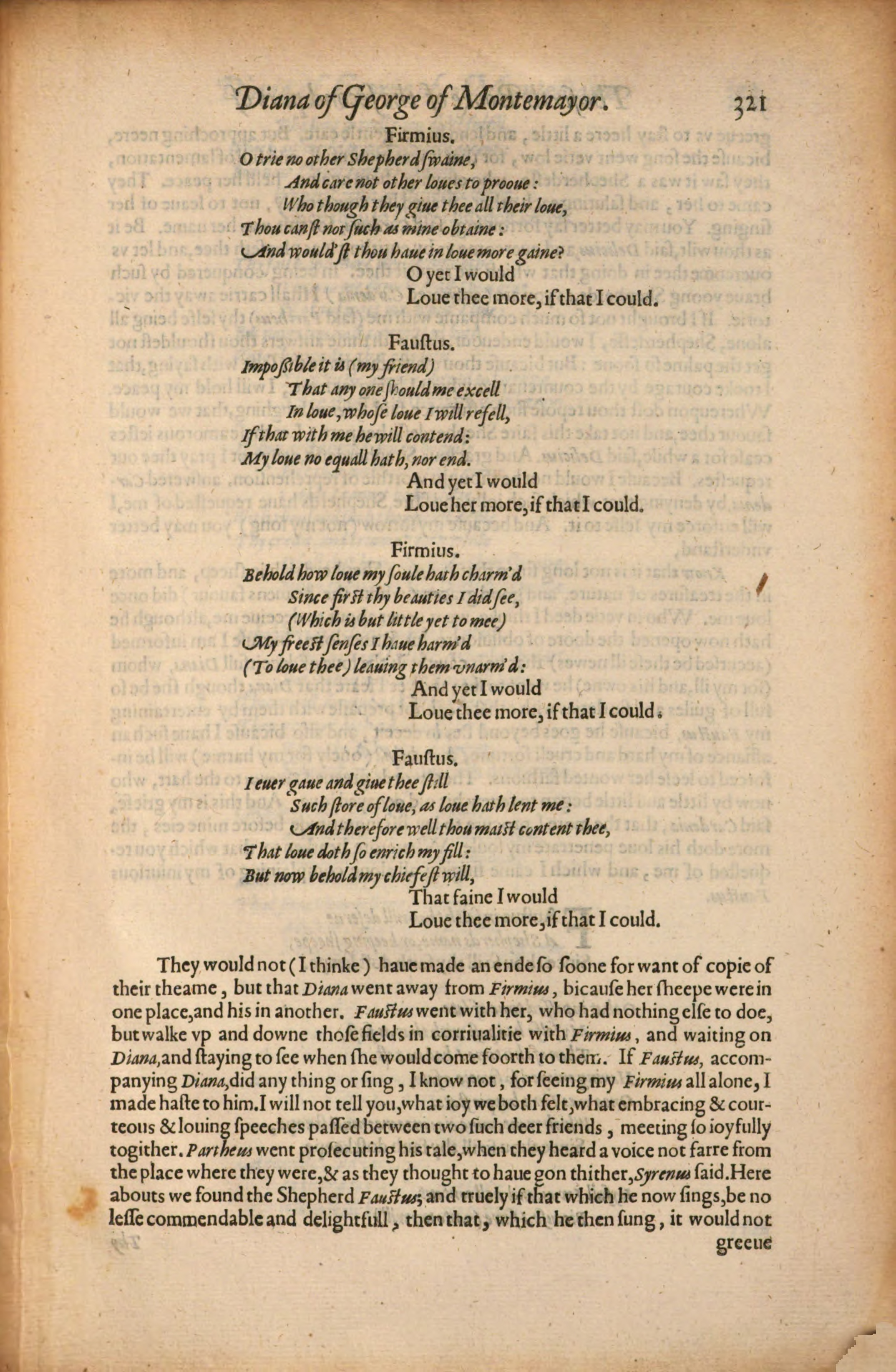 They would not (I thinke) haue made an ende so soone for want of copie of their theame, but that Diana went away from Firmius, bicause her sheepe were in one place, and his in another. Faustus went with her, who had nothing else to doe, but walke vp and downe those fields in corriualitie with Firmius, and waiting on Diana, and staying to see when she would come foorth to them. If Faustus, accomâˆ£panying Diana, did any thing or sing, I know not, for seeing my Firmius all alone, I made haste to him. I will not tell you, what ioy we both felt, what embracing & courâˆ£teous & louing speeches passed between two such deer friends, meeting so ioyfully togither. Partheus went prosecuting his tale, when they heard a voice not farre from the place where they were, & as they thought to haue gon thither, Syrenus said. Here abouts we found the Shepherd Faustus; and truely if that which he now sings, be no lesse commendable and delightfull, then that, which he then sung, it would not