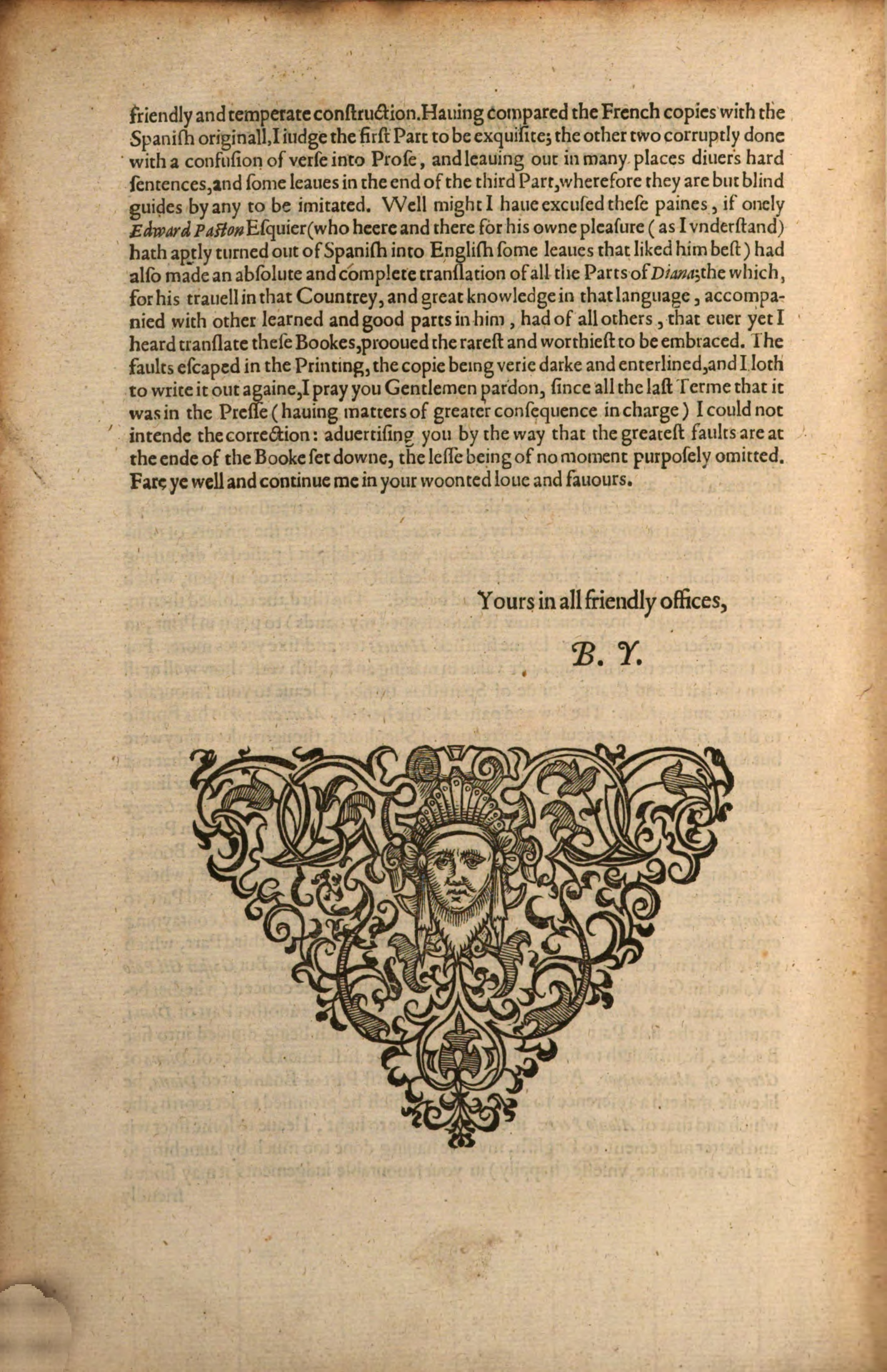 friendly and temperate construction. Hauing compared the French copies with the Spanish originall, I iudge the first Part to be exquisite; the other two corruptly done with a confusion of verse into Prose, and leauing out in many places diuers hard sentences, and some leaues in the end of the third Part, wherefore they are but blind guides by any to be imitated. Well might I haue excused these paines, if onely Edward Paston Esquier (who heere and there for his owne pleasure (as I vnderstand) hath aptly turned out of Spanish into English some leaues that liked him best) had also made an absolute and complete translation of all the Parts of Diana; the which, for his trauell in that Countrey, and great knowledge in that language, accompaâˆ£nied with other learned and good parts in him, had of all others, that euer yet I heard translate these Bookes, prooued the rarest and worthiest to be embraced. The faults escaped in the Printing, the copie being verie darke and enterlined, and I loth to write it out againe, I pray you Gentlemen pardon, since all the last Terme that it was in the Presse (hauing matters of greater consequence in charge) I could not intende the correction: aduertising you by the way that the greatest faults are at the ende of the Booke set downe, the lesse being of no moment purposely omitted. Fare ye well and continue me in your woonted loue and fauours.

Yours in all friendly offices,